Posted on August 21, 2020 by rolopolobookblog 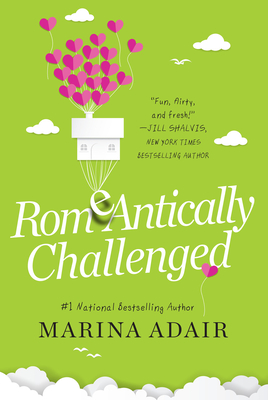 Growing up the lone Asian in a community of WASPs, Annie has always felt out of place.  Her solution?  Start a family of her own. Not easy when every man she’s dated, including her ex-fiancé, finds “his person” right after breaking up with Annie. Even worse than canceling the wedding eight weeks beforehand?  Learning the “other woman” plans to walk down the aisle wearing her wedding gown. New plan—find a fresh, man-free start. Too bad her exit strategy unexpectedly lands her working at a hospital in Rome, Rhode Island, rather than Rome, Italy, and sharing a cabin with a big, brooding, and annoyingly hot male roommate.

Home on medical leave after covering a literally explosive story in China, investigative photojournalist Emmitt embarks on his most important assignment—cementing his place in his daughter’s life. Three men and a baby might work in the movies, but with a stepdad and devoted uncle competing for Paisley’s attention, Emmitt has lost his place at the family table. Then there’s the adorably sexy squatter in his cabin, who poses another problem, one he’d very much like to solve up close and personal. But he can’t win—Annie has sworn off men, Paisley’s gone boy crazy, and Emmitt’s estranged father reappears with a secret that changes everything.

Though her resume clearly states she is a physician’s assistant, Annie might as well change it to professional husband preparer.  Her last several relationships have all felt good, felt right, right up to the moment her boyfriend unexpectedly dumped her and quickly moved on to his “One.”  Perhaps the worst of all is her latest ex whose bride-to-be has not only hijacked Annie’s wedding but had Annie’s wedding dress altered to fit her much larger and bustier frame.

Clearly, Annie has nothing left to lose and in a moment of panic, she has quit her job and landed a temporary position in a clinic and hospital in Rome, Rhode Island.  For the record, Annie thought she was signing on for a position in the other Rome.  Yeah, Annie’s life is in the crapper and inexplicably, it’s about to get worse.

Emmitt loves his home in Rhode Island, but he loves being abroad and chasing a story even more.  Chasing a story, exposing the dirty details, and speaking up for those who cannot is where Emmitt is at his best.  If it weren’t for his young daughter back in Rome, Emmitt would likely stay on the road forever.  Unfortunately, thanks to a nasty head wound, Emmitt has been sidelined and sent home until he can be medically cleared for work.  Coming home with a head wound only to find a complete stranger living in his house is not how Emmitt saw his day going.  What’s more, the complete stranger is wearing a far too big wedding dress, throwing shoes, and using a very shouty voice.  Could it get any worse?

With a contract that has been signed, sealed, and delivered, both Annie and Emmitt are stuck with one another for the time being.  To Emmitt’s mind, if he’s going to be stuck with the feisty, sexy lady he may as well make a play for her.  Though Emmitt has every intention of seducing Annie, he quickly finds out she is virtually immune to his usual charms.  What’s more, she’s perceptive and knows his injuries are far worse than he’s letting on.  On the other hand, Emmitt has always enjoyed a good challenge.

Annie sees her time in Rome as a way to get her life back on track.  Her ex is being horrendously passive-aggressive, her parents can’t understand why she won’t patch things up with her ex, and her new roommate is so damn hot she can’t concentrate in his presence.  If Annie is going to get her life back on track, avoiding men like Emmitt is a priority but that’s far easier said than done.  Within just a few days, Emmitt begins to grow on Annie, and it isn’t long before the two discover they actually like one another.  As long as the relationship stays platonic, Annie will be just fine, but that is also far easier said than done.

In the days and weeks that Annie and Emmitt live together, they discover many mutual likes and dislikes, they have flirtatious fun, and they help one another with their collective life baggage.  As one thing leads to another, friends become lovers and things really start to go awry in Rome, Rhode Island.

The Bottom Line: I am a big fan of this book!  I knew the minute I met Annie I was going to like watching her blossom and become the badass she truly is under all the self-doubt and worry.  Annie is a thoroughly likeable character and a perfect match for Emmitt.  I truly enjoyed the back and forth between Annie and Emmitt from their texts to their actual conversations.  All the drama surrounding the pair made for a roller coaster of a ride that I really didn’t want to end.  There’s a lot going on in this book and it is all well-written and flawlessly woven together into a cohesive story.  Clearly, Rome, Rhode Island is the place to be and I can’t wait to go back for round two!