Double Review: The Templars’ Chalice and Juliette’s van Gogh (Books #1 and #2: A Seekers After Lost Treasure Adventure) by C.L. Decker 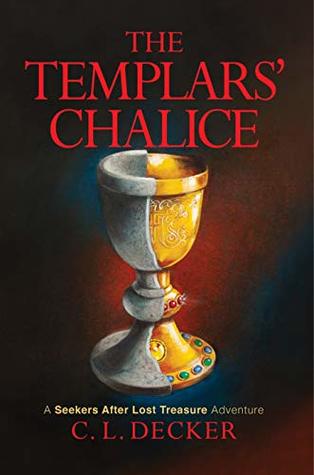 The Templars’ Chalice: French born and Oxford educated Ren Merit, who holds both British and American dual citizenship, heads a Singapore based team of misfit international treasure hunting geniuses (Seekers After Lost Treasures – SALT). He has a winning track record in the recovery of priceless art. A Papal assignment puts the team in mortal danger in a race across Europe’s breathtaking landscape as they discover, decode and follow arcane clues they hope will lead them to the Templar Chalice. Their mission and lives are threatened at every turn by ruthless agents hired by an unscrupulous German arms dealer determined to add the treasure to his secret art collection at any cost. An exotic beauty appears during the chase, evincing unsought passion for Ren. Two execution style murders in Rome related to an ancient document with Templar footprints, has the team all-in. 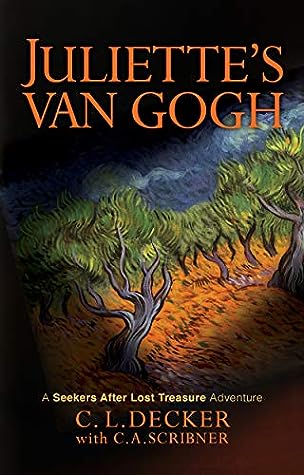 Juliette’s van Gogh: On the heels of the first SALT Adventure, The Templars’ Chalice, Ren Merit and his Singapore-based treasure-hunting team are back in France. This time, they’re searching for a Van Gogh painting that was hidden away for generations in a dusty attic in Arles.With suspects galore, the SALT team comes face to face with the underbelly of the art world and even brushes up against a dangerous Chinese gang in Paris. From Paris to Arles, and Amsterdam t and even in Ipoh, Malaysia, the SALT crew face frustration, dead ends, and dead bodies, and navigate new relationships that can sometimes seem just as frightening.

Please note: I have essentially the same thoughts regarding both books so it seems more efficient to offer a single dual review rather than two individual reviews.

As an Art Historian, I am always going to be drawn to books that have to do with art, art history, and the like.  I have come across some truly phenomenal books in the genre, but, unfortunately, C.L. Decker’s The Templar’s Chalice and Juliette’s van Gogh are not among them.

Both of these books have a wonderful premise and should have been absolute page turners.  Instead, I found two books – both of which I read cover to cover – that are amateurishly written, bogged down with more descriptions of food than the works of art, and characters that are underdeveloped and forgettable.  While I understand these words are harsh, they are also honest.  I wanted both of these books to be so much better than they are given their respective subjects.  I wanted the characters in these books to be experts in their respective fields, to be forceful, knowledgeable, fierce, and unwavering in their mission.  I wanted far more action, more focus on the history and backstory of the works of art, and less time spent devouring gourmet meals.  What’s more, the random inner monologues related to two insta-love situations were completely distracting and have no real place in either story.

The Bottom Line: As many of you know, I don’t often post purely negative reviews, but I just can’t pull anything truly positive to say about these books.  It would be my hearty and heartfelt recommendation to see both of these books go back to the drawing board.  They both have a wonderful premise, but the execution falls short of the initial potential.