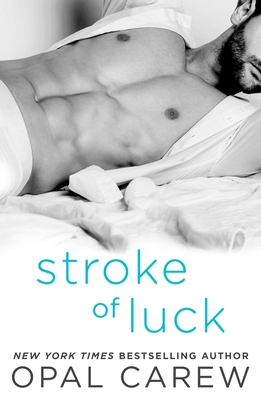 Getting cheated on and left with a hotel bill that costs more than she makes in a year was not a part of the plan when Riana came to Las Vegas to marry her wealthy fiancé. Her plans also didn’t include getting bailed out of this horrible situation by Quinn, the ex-boyfriend she hadn’t planned to see ever again. For Quinn, Riana was the one that got away and he’s never gotten over her, no matter how successful he became.

Riana insists on paying Quinn back, so he makes her an offer–spend the next month with him and his business partner Austin while they’re on vacation. It’s clear to him that Austin is attracted to her, too, and Quinn’s always liked the idea of sharing a woman with him. It’s something that Riana wants to do, and after a few glasses of champagne–only enough to stop denying herself what she wants–she voices her desire to be with both men.

But as the month comes to an end, Riana has to face the reality she’s falling for Quinn and Austin…and the possibility that one crazy night in Vegas could cost her one–or both–men.

The Bottom Line: I have taken a long break from reading Opal Carew and I think that break helped me enjoy this book a bit more. I can’t say there was anything new under the sun in this read, but it didn’t stop me from liking the ride.  April has been unceremoniously dumped on her wedding day after finding her fiancé in bed with another woman.  In her despair, she runs into a love from her past who not only bails her out but offers her a month of nothing but pleasure with he and his business partner/best friend.  Though everyone goes into the arrangement with a no strings attached attitude, it quickly becomes more which means navigating a ton of obstacles and emotions that no one expected.  In most ways, this is a very typical Opal Carew read: fast falling in love, loads of naughty bits, and a fairly thin plot.  Sometimes, that is exactly the kind of book one is looking for and if you are, Opal Carew is your go-to author.

FYI: Yes, I double-checked to be sure I’m not crazy!  The synopsis calls the main character Riana while my NetGalley copy has April.  I have no idea which name will stick 😊

← Excerpt: The Man Next Door by Roya Carmen
Review: Murder by the Book (Book #1: Beyond the Page Bookstore Mystery Series) by Lauren Elliott →