Posted on April 29, 2020 by rolopolobookblog 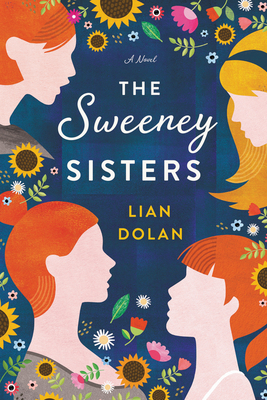 Maggie, Eliza, and Tricia Sweeney grew up as a happy threesome in the idyllic seaside town of Southport, Connecticut. But their mother’s death from cancer fifteen years ago tarnished their golden-hued memories, and the sisters drifted apart. Their one touchstone is their father, Bill Sweeney, an internationally famous literary lion and college professor universally adored by critics, publishers, and book lovers. When Bill dies unexpectedly one cool June night, his shell-shocked daughters return to their childhood home. They aren’t quite sure what the future holds without their larger-than-life father, but they do know how to throw an Irish wake to honor a man of his stature.

But as guests pay their respects and reminisce, one stranger, emboldened by whiskey, has crashed the party. It turns out that she too is a Sweeney sister.

When Washington, DC based journalist Serena Tucker had her DNA tested on a whim a few weeks earlier, she learned she had a 50% genetic match with a childhood neighbor—Maggie Sweeney of Southport, Connecticut. It seems Serena’s chilly WASP mother, Birdie, had a history with Bill Sweeney—one that has remained totally secret until now.

Once the shock wears off, questions abound. What does this mean for William’s literary legacy? Where is the unfinished memoir he’s stashed away, and what will it reveal? And how will a fourth Sweeney sister—a blond among redheads—fit into their story?

Bill Sweeney slayed the literary world with his prose and in the years between books he’s educated the next generation of writers through his teaching.  Bill Sweeney was absolutely larger-than-life, and his daughters have always lived in his shadow and tried, in their own way to emulate his success in their chosen fields.  Tricia is a successful lawyer with her father’s drive and determination, Eliza is a successful gallery owner with a beautiful family, and Maggie is a free spirit with a creative streak a mile wide.  Each of the girls have spent their lives loving and admiring their father, but all that changes when they begin to pack up his life and discover his long-held secrets.

As the girls begin to pack up their father’s home and life, they discover his secrets didn’t just impact him in his time and place, but the girls in the here and now.  With each new revelation, the girls are forced to confront the fact, their father wasn’t at all who they thought he was, and he was, in fact, a selfish bastard with no one’s interests but his own in mind.  Even as they are dealing with their father’s lies and manipulations, each sister also must confront her own issues and accept that her own future has been radically altered by the whims of a man each thought she knew.

As if their father’s issues weren’t enough to manage and deal with, each sister also has to face the fact that her current life isn’t what she had hoped it would be.  Though she thought she loved her job and climb to the top, Tricia is beginning to realize she is actually quite miserable.  Eliza’s marriage isn’t at all what it should be and a few revelations from her husband turn her world completely upside down.  Finally, Maggie has to completely revamp her life if she doesn’t want to continue the cycle of depression she has lived with for so many years. Through the entire process, each sister learns her own value and worth, and discovers that though they each loved their father, they no longer have to live in his colossal shadow.  In fact, each sister discovers that in the light her life is complete, happy, and full of promise.

The Bottom Line:  What an emotional ride this book turned out to be!  The Sweeney Sisters is the story of broken women looking to heal themselves, accept the faults in their parents, and discover a life beyond what they’ve always known or thought they knew.  I particularly liked how each sister brought something unique to the table in this book and how their individual qualities eventually came together and complimented one another.  These sisters are strong and resilient, and they have to be in the face of the mess their selfish bastard of a father left behind.  I appreciated the Sweeney sisters and their determination to get through their trauma and act as fairly and correctly as possible in the face of impossible and often daunting decisions.  What’s more, I especially liked that the story tied up all the lose ends and left each the sisters in a far better place than where she started.