Mini-Review: The Socialite by J’nell Ciesielski

Posted on April 21, 2020 by rolopolobookblog 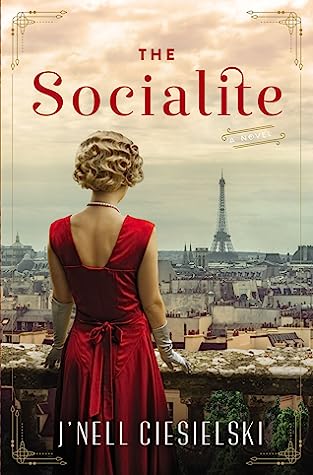 As the daughter of Sir Alfred Whitford, Kat has a certain set of responsibilities. But chasing her wayward sister, Ellie, to Nazi-occupied Paris was never supposed to be one of them. Now accustomed to the luxurious lifestyle that her Nazi boyfriend provides, Ellie has no intention of going back to the shackled life their parents dictate for them—but Kat will stop at nothing to bring her sister home.

Arrested for simply trying to defend himself against a drunken bully, Barrett Anderson is given the option of going to jail or serving out his sentence by training Resistance fighters in Paris. A bar owner serves as the perfect disguise to entertain Nazis at night while training fighters right below their jackboots during the day. Being assigned to watch over two English debutantes is the last thing he needs, but a payout from their father is too tempting to resist. Can Barrett and Kat trust each other long enough to survive, or will their hearts prove more traitorous than the dangers waiting around the corner?

The Bottom Line:  If I’m being completely honest, I found this book to be rather forgettable.  The very premise is somewhat weak, a young headstrong English socialite has taken up with a high-ranking Nazi in Paris.  When her family wants her home and out of the clutches of the Nazi regime, they send the socialite’s sister who becomes entangled with a resistance fighter to free themselves and her sister from the clutches of evil.  In a time period ripe for truly intriguing, vibrant, and engrossing stories, this one falls short for me in so many ways.  Within a day of having finished this book, it was gone from my memory and that is never a good sign for a book.  This is a genre and time period that is full of excellent reads so I find myself saying to you, dear reader, skip this one and search for something different.