Posted on March 18, 2020 by rolopolobookblog 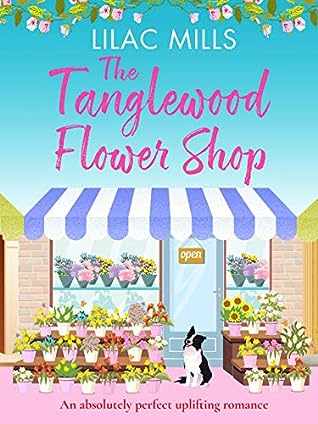 When Tanglewood flower shop owner Leanne enters Budding Stars – a floristry TV competition – she’s shocked to make it through to the televised stages where the pressure grows to prove herself a success.

Luckily for Leanne, new Tanglewood park ranger, Rex, is a rose among the thorns as he provides support and friendship that could blossom into something more…

But Rex’s ex-girlfriend appears with some shocking news, and between busy schedules and the occasional mountain rescue, Leanne can’t see how romance could possibly bloom. And with a new job opportunity suddenly sprouting up, will she need to uproot her life and leave Tanglewood entirely?

Leanne’s life isn’t complicated or overwhelming, but it isn’t the most exciting life either.  In the small village of Tanglewood, there is only so much mischief a girl can get up to.  For Leanne, most of her mischief is in the form of nights out with her girlfriends and the very occasional date.  Most of Leanne’s life is spent in two places, her successful flower shop or her home which doubles as her family’s farm.

While Leanne certainly loves her family and her friends, even she has to admit, her life is getting the tiniest bit boring.  Her girlfriends are beginning to pair off and look towards their respective weddings and her flower shop practically runs itself.  Leanne is bored and looking for a new adventure.  As the old saying goes, be careful what you wish for!

On a whim, Leanne applies for a new reality TV competition revolving flowers and flower design.  Though she doesn’t think she’ll get far, it is a challenge and that is exactly what she’s looking for.  Coinciding with the reality show is Leanne’s introduction to the hot new park ranger, Rex.  Leanne is definitely interested in Rex, but she doesn’t seem to get the same vibe from him.  What she gets is good conversation, great ideas for her competition projects, and some quality time in the great outdoors.  Though she would like more than just friendship with Rex, it doesn’t seem to be in the cards.

Rex is new to Tanglewood and though he came here to escape an awful recent past, the past doesn’t seem to want to leave him alone.  Just as Rex is getting settled, learning the lay of his new land, and finding friendship among some of the locals, his past comes screaming back in the most horrific way imaginable.  To make matters worse, the past comes a calling just as Rex was beginning to truly enjoy his time with Leanne and see a possible future with her.  In an effort to be fair to Leanne, Rex does what he thinks is best; unfortunately, Rex’s best comes at a very high price.

The Bottom Line:  This sophomore effort from Lilac Mills wasn’t quite as good for me as book one was.  I absolutely loved Rex and his story – WOW is that a big tragedy with all the feels – but I didn’t love Leanne and her story.  I feel like the whole reality TV competition and the possible fancy, new job was more of a bunny trail than an integral part of the story.  I often found myself skimming these sections so I could get back to Rex, his story, and the story as it unfolded in Tanglewood.  I appreciated the attendance of many of the characters (BETTY!) from the first story and how they reinforced the sense of small-town life and community.  While I didn’t love this book in the same way I did the first book, I think this may just be a blip rather than an indicator of future of the series.  One thing’s for sure, I’m hoping it’s a blip because I kind of adore Tanglewood 😊