Posted on March 17, 2020 by rolopolobookblog 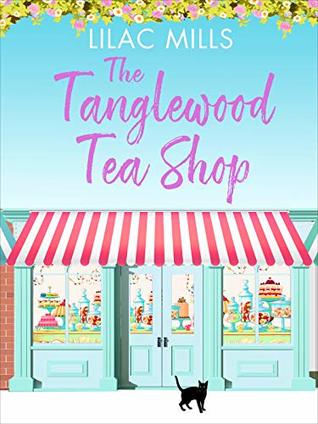 Patisserie-Chef Stevie is stuck in a rut. Her beloved Great Aunt Peggy has passed away, she’s been fired from her job and the love of her life has walked out the door. But when she’s called to the solicitor’s office to hear the reading of Peggy’s will, Stevie’s life begins to change.

Left with a large amount of money, Stevie is determined to take Peggy’s advice and turn her life around. The quirky tea shop that she sees up for sale in the beautiful village of Tanglewood must be a sign, and Stevie can’t wait to make it her new home.

But what happens after your dreams come true? It turns out that life in the village isn’t as idyllic as it may have seemed. With local mums waging war against sugar, a tea shop and its patisserie-chef owner are definitely not welcome.

When the gorgeous but grouchy local stable-owner, Nick, shows up he seems like just another fly in the pastry batter but as the two grow closer, Stevie realises he might just be the perfect reason to stay and win over the village…

For Stevie, the need to own the little tea shop in Tanglewood is paramount.  Her mother and sister are disasters with mouths and legs, her dream of working in a Michelin-starred restaurant is gone thanks to her vindictive ex-boss, and her only opportunity to get out and strike out on her own is thanks to the death and generosity of her wonderful great aunt Peggy.  With great aunt Peggy’s money in her pocket and nothing left to lose, Stevie takes the plunge and buys the darling little shop in Tanglewood.

For weeks, Stevie brings the little shop back to life with nothing but hard work and determination.  When opening day rolls around, Stevie is blown away by the reception she gets from the sleepy little village.  Her cakes, cupcakes, croissants, teas, and specialty baked goods are a hit and within weeks, Stevie is seeing a profit on her returns.  What she isn’t seeing is a good amount of sleep or a social life; if Stevie wants to truly become a part of the Tanglewood community, she’s going to have to find some help.

May I introduce to you, Betty 😊

When Betty comes on board at Peggy’s Tea Shop, she is more than Stevie could have ever hoped for in an assistant.  Despite her advanced age, Betty is anything but old, she has mad baking skills, and she knows a thing or two about life and love.  Almost instantly, Betty begins to encourage Stevie and her developing feelings for a certain, handsome yet broody horse trainer, Nick.  Though Stevie isn’t at all as certain as Betty is about her relationship to and with Nick, she does know she’s interested in knowing him better.

Since his sister’s accident, Nick hasn’t been the same.  He has quit dating, quit socializing, and virtually given up on anything and everyone that isn’t a horse or his sister.  Trouble is, Stevie won’t leave his thoughts and he has no idea what to do about his little dilemma.  As the weeks go by, Nick sees Stevie become more involved in the community, more involved with the locals, and more a part of his own world through his sister.  If it weren’t for his obligations to his sister and his stable, Stevie might just be the exact kind of woman he is looking for in his life.

May I introduce to you, Betty 😊

Though Betty certainly wouldn’t call herself a meddler, she does have a load of life experience and she isn’t about to let Stevie and Nick make the same mistakes she made.  Betty isn’t interested in seeing Nick and Stevie walk away from one another before they really have a chance at loving each other and so, with that in mind, Betty sets her plan into motion.  By the end of one magical evening, Betty has not only brought one couple together, but two!

The Bottom Line: What a wonderful read!  The minute I started this book, I didn’t want to put it down and I barely did, if I’m being honest.  So much of this story was made better by the setting and the scrummy (Thank you, Mary Berry for that lovely British word!) descriptions of Stevie’s culinary efforts.  I do love a good pastry 😊  When you add into a wonderful and richly described setting, characters that are equally as wonderful, well, you have a recipe (HA! Pun intended!) for a truly lovely read.  Of the main characters, there isn’t one I didn’t thoroughly enjoy and root for, but I will admit to a soft spot for certain elderly meddler.  Nick and Stevie’s story is so sweet (Oh, another pun!) and their happy ending is so well-deserved.  I can assure you, it took me less than a minute after finishing this read to dive into book two, The Tanglewood Flower Shop.