Posted on February 18, 2020 by rolopolobookblog 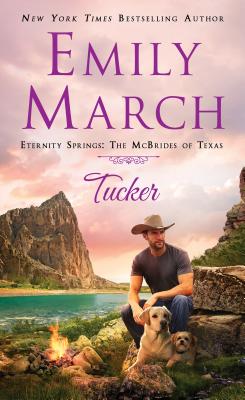 Meet Gillian Thacker. Her business: Bliss Bridal Salon. Her passion: Weddings. Her own wedding: It’s complicated. Life isn’t turning out like she’d planned. The last thing she wants is for a real-life hero to ride to her rescue but when an unexpected event puts her entire future in Redemption, Texas, at risk. So what’s a broken-hearted bridal expert to do? Maybe a new set of survival skills is exactly what she needs…

Tucker McBride has been proud to call himself a U.S. Army Ranger. But now that his days of service are over, he’s decided to put his expertise to use by founding a wilderness skills training school. He sets up shop in Redemption, next to Bliss Bridal, and so begins life: Part Two. Marriage has been pretty low on his agenda, but as soon as he meets Gillian, Tucker can’t help but contemplate the ultimate challenge: Convincing the reluctant bride to take his hand and leap into the adventure of a lifetime. . .until death do they part.

Tucker McBride is admittedly, lost.  Oh, geographically he knows exactly where he is, but in every other aspect of his life, he is lost.  After his military career derailed, Tucker has found himself wandering back home to Eternity Springs in the hopes of finding himself and his new life’s path.  A little time in the wilderness never hurt anyone, and if Tucker is very lucky, he will not only find his way back to life, but back to a life he can be completely happy and satisfied with.

Strictly by chance (Fate?) Tucker meets Gillian Thacker, bridal shop owner by day, jilted bride by day, night, and every other time in between.  Tucker’s attraction to Gillian is instantaneous, but he is a gentleman of honor and until she is completely free of her sleezy ex, Tucker isn’t going to try and worm his way in.  On the other hand, Tucker is also a well-trained military man, and every good soldier knows, you have to have a plan to be successful.  With Operation Horny Toad formulated, Tucker is all about biding his time until he can implement his pan and win over the woman, he is certain is his forever.

Wooing Gillian begins with just being her friend and Tucker is absolutely willing to take that first step.  Gillian’s heart is broken, her world has been turned upside down, and she is questioning her own judgement.  How can a woman who dresses brides for a living have been so blind to her own ex’s bad behavior?  What’s more, how could she have ever been so invested in a man she isn’t even sure she loved? Further confounding Gillian is that fact that her body and mind seem to want more from Tucker than just friendship, but her heart simply can’t be trusted.

The Bottom Line: Up until about the halfway point in this book I was firmly set on a four to four-and-a-half-star rating.  Eternity Springs is just as beautiful as I remembered from book one and the McBride’s are just as sexy and honorable, and sexy and kind, and sexy and generous as I remembered.  Did I mention sexy?  Tucker is a book-long love and from the moment he is introduced, I wanted nothing but the best for him.  What can I say? I’m a sucker for lost, sexy man 😊  The rub for me comes when Gillian begins to waffle in her decisions and actions.  Though she tells Tucker she only wants to be friends, she often sends very mixed messages.  Vegas, anyone???  I became quite frustrated with Gillian and her treatment of Tucker, which was bad, at best, and bordering on cruel, at worst.  For me, Gillian became one of those people you just want to slap silly and tell to get her head out of her ass and recognize what’s right in front of her!  Even when she eventually did pull her head out, it was too little too late for me.  With luck, she will have settled down in future installments of the series and I will be able to see her for what she is meant to be, Tucker’s truest companion and partner. Tucker McBride deserves nothing less.