Posted on January 22, 2020 by rolopolobookblog 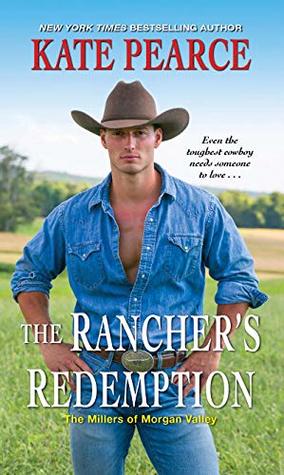 Widowed for ten years, now running the family ranch, Adam Miller is no longer the fun-loving guy who married his high school sweetheart the moment they graduated. His bitterness in the aftermath of her death even alienated his closest link to her—Lizzie Taylor, her best friend. But when Adam comes across Lizzie in a dire situation, he’s compelled to help—and finds himself with an unusual opportunity to make amends . . .

A struggling single mom, Lizzie’s extremely wealthy ex ran out on her when she got pregnant. But now he and his family have decided to fight for custody of her young son. When Adam shocks her by offering to pose as her partner, awkward as it may feel, it’s Lizzie’s best chance to hold onto her child. And as they strive to present a united front, their old friendship rekindles, sparking an unexpected attraction—along with past hurts and secrets. Soon they realize they’ll have to find a way to forgive if they want to move forward—especially with each other . . .

For all intents and purposes, Adam Miller died ten years ago, the day he buried his beloved wife.  In just his early twenties when his wife succumbed to cancer, Adam has spent the past ten years living in the past and refusing to come out of the anger, sadness, and deep depression left behind when his wife died.

For the better part of a decade, Adam’s family has been there to support and love him, but they have never been able to bring him out of his self-imposed prison.  Each day, Adam’s brothers, his father, and his sister watch him work their family ranch from sunup to sundown, eat dinner, sleep, and repeat.  There is no variety in Adam’s life, no real happiness, and certainly no need for looking towards a bright and fulfilling future.  As far as everyone, including Adam is concerned, his life is what it is always going to be, an endless cycle of work that he endures alone.

Lizzie Taylor’s life has one bright, shining spot, her tow-headed little boy whose presence is nothing but pure joy!  As a single mother, Lizzie works hard to provide for her son, especially with his biological father so very, very absent.  Though she has friends in town, Lizzie’s life would be far easier if her one-time best-friend, Adam Miller would stop ignoring her and come back into her life.  To be completely fair, Lizzie would love more than friendship from Adam, but given his history, she would be satisfied with just having him back as her friend.

As both Adam and Lizzie are well aware, life can often be cruel and devastatingly difficult.  As if they haven’t both suffered enough, each has now found themselves drawn together over the imminent loss of an old, dear friend.  As their friend’s life is coming to a close, both Lizzie and Adam are forced to revisit their own pasts, deal with the issues wrought by the past, and try to work through their current issues to manage some sort of future that is both happy and fulfilling.  With so much hurt, uncertainty, and despair between them, it is going to take a miracle to overcome the past and move towards the future.

The Bottom Line:  Aaaaaaand, Kate Pearce is BACK!!  This is exactly the type of book I have come to expect from both Kate Pearce and the Morgan Valley series.  The Rancher’s Redemption is everything I have come to love about the original series and was hoping to find again in this spin off series.  Lizzie and Adam are both such sympathetic characters and I wanted nothing but the best for them.  Each has such difficulty and sadness in their past that it has hampered their present and future and it seems the only way to get through the mess is to do it together, something they haven’t been in ten years.  This book is something of an emotional roller coaster and I enjoyed every peak and valley.  It doesn’t hurt that there are a few surprises along the way and frequent visits from old friends and family in the area.  This book and this spin-off series are exactly why I love to read series, some characters and some places are just too good to let go!