Posted on August 29, 2019 by rolopolobookblog 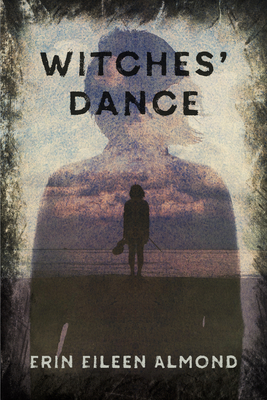 Hilda Greer discovered the violin at the age of seven, when she attended a performance by the virtuoso Phillip Manns. She believed him with a child’s faith when he declared himself the reincarnation of Niccolò Paganini and then dashed from the stage, his mind in ruins. Manns disappeared from the music world after that catastrophic performance, but Hilda’s love affair with the violin was just beginning.

Nearly a decade after his breakdown, Phillip Manns lives a reclusive life, safely insulated against the temptations of music—until a former colleague begs him to teach at a nearby conservatory. It’s there that he meets Hilda Greer, who’s come to audition at the insistence of her mother. She plays for him the piece that started it all: Paganini’s Le Streghe, or Witches’ Dance.

Entranced by the character of Hilda’s playing and unable to resist the siren call of music, Phillip takes Hilda under his wing. The two start a witches’ dance of their own, a whirlwind that sweeps them toward the International Paganini Competition. When their curtain falls, one will bask in the music world’s acclaim—and the other’s world will be shattered completely.

I have been fortunate over the last few weeks to encounter some truly spectacular reads and Erin Eileen Almond’s Witches’ Dance is not exception!

Phillip Manns has lived three very different lives: 1) as the devoted son of a desperately ill mother, 2) as a violin prodigy known the world over, and 3) as a man also desperately ill and completely removed from his love of music and performance.  In the years since his very public breakdown and total humiliation, Phillip has barely allowed himself even the luxury of listening to music, let alone playing.  He has devoted himself to writing his memoir, consistently taking his medication, and indulging in antique shopping.  Removed from the thing he most dearly loves, Phillip has managed to carve out a half-life for himself that worries his aging and devoted cousin.  To bring him back into the world, his cousin arranges for Phillip to become a teacher at a prestigious conservatory, an arrangement that is as risky as it is exciting.

Hilda Greer was only a child when Phillip Manns endured his most profound public shame.  As an audience member, Hilda witnessed the meltdown, but was too young to fully understand the implications of Phillip’s actions.  What she was not too young to understand was the elegance, confidence, and pure genius of Phillip’s abilities.  As a sullen and somewhat angry teenager, Hilda is looking for her path in life and is most surprised to find it is in Phillip Mann’s classroom.  Hilda learned to play violin as a child and as a teenager, her skill is virtually unrivaled but lacking in proper technique and guidance.  Under Phillip Mann’s tutelage, Hilda intends to play as she never has before, to achieve dreams she never thought possible, and possess a man still tortured by his own very real demons.

As the days and weeks pass, Hilda becomes obsessed with her lessons, practice, and pleasing Phillip Mann.  She is by far Phillip’s most accomplished student and he intends to take her to the prestigious International Paganini Competition in Italy, a competition Phillip himself won many years ago.  As their work together intensifies so do their feelings for one another.  Though Phillip is considerably older than Hilda he feels a deep connection to her and her to him.  The music, especially Paganini bind the two, and while Phillip helps Hilda learn to feel and live through her music, he also slowly begins to devolve into the madness he once so passionately embraced.

As the Paganini competition grows ever closer, Hilda and Phillip must learn to navigate their respective realities.  For Hilda, reality is practice, performance, and securing the love of Phillip Mann.  For Phillip, reality is often a hazy sort of dream he floats through completely unaware of his erratic behavior.  Though he cares deeply for Hilda and wants to see her succeed, he has also become obsessed with his own work, his abilities, and his return to the stage.  For Phillip, there is nothing, not even his feelings for Hilda that can compare to the thunderous applause of an audience, the adoration of the masses, and the connection to his idol, Paganini.

The Bottom Line:  I was hooked on this story from the very beginning and simply devoured this read!  The imagery is dark, the descriptions of the music haunting, and nearly every relationship is toxic.  The entire book is permeated with a very real sense of dread, despair, and inevitable ugliness and I loved every word of it!  The darkness of this book and its troubling themes are enhanced by the music and require the reader to sink as fully into the madness as the characters.  In truth, I am confounded by the star rating for this book on Goodreads.  I found this book to be darkly intelligent, maddening, wonderfully descriptive, and troubling.  In short, an excellent read that truly epitomizes the troubled souls trope!