Mini- Review: The Edge of Nowhere by C.H. Armstrong 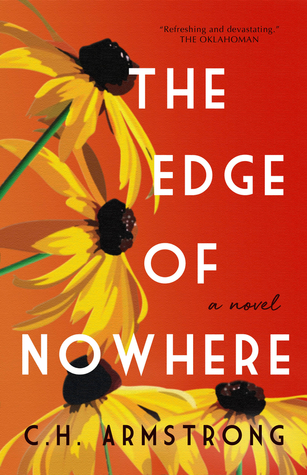 Despised and feared by her sprawling family, Victoria Hastings Harrison Greene refuses to go quietly from her long life without revealing the secrets she’s held locked away for more than fifty years—the same secrets consistent with the rumors her grandchildren whisper behind her back during family gatherings.

Widowed with nine children during the one-two punch of The Great Depression and the Oklahoma Dust Bowl, Victoria made harsh choices—desperate choices that reduced a once soft and loving young woman into the reviled matriarch she is today. Hers is the story of one woman’s courage in the midst of overwhelming adversity, and her absolute conviction to never stop fighting…no matter what it takes.

The Bottom Line: As a native Oklahoman, this story spoke to me on a level that will not necessarily resonate with all readers.  I can distinctly remember my grandparents telling me stories of their lives during the Great Depression and the Dust Bowl and none of them ever really had a happy ending.  So too, the story of Victoria Hastings Harrison Greene.  What The Edge of Nowhere amounts to is Victoria explaining to her great extended family, those kids and grandkids who cannot even imagine the Great Depression nor the Dust Bowl outside of their history classes exactly what life has offered her and why she has come to be the woman they all know and despise.  The story Victoria tells is one laced with fear, desperation, intense poverty, struggle, determination, and, for the briefest of moments true and pure love.  Victoria’s story isn’t easy, it isn’t unique, but is, in fact the story of so many women and families during the Great Depression and Dust Bowl.  The loss, the sadness, the desperation, the fear was all very real, and those emotions are conveyed beautifully in this book.  Though the story isn’t easy, and many bits are certainly fictional, the essence of the story is the story of many, many real people who not only survived, but did whatever they had to do to survive on of America’s darkest periods.