Posted on July 8, 2019 by rolopolobookblog 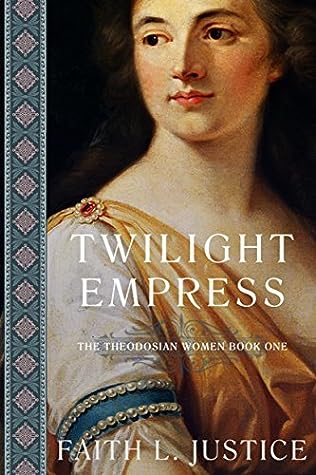 Twilight Empress tells the little-known story of a remarkable woman—Galla Placidia, sister to one of the last Roman Emperors. Roman princess, Gothic captive and queen—Placidia does the unthinkable—she rules the failing Western Roman Empire—a life of ambition, power and intrigue she doesn’t seek, but can’t refuse. Her actions shape the face of Western Europe for centuries. A woman as well as an Empress, Placidia suffers love, loss, and betrayal. Can her strength, tenacity and ambition help her survive and triumph over scheming generals, rebellious children, and Attila the Hun? Or will the Dark Ages creep closer and bring down the Empire?

In my non-book reading, reviewing, and blogging life, I am a trained Art Historian who has been teaching Art History for nigh on twenty years.  For most of these years, I have taught a wonderfully preserved and beautifully decorated site in Ravenna, Italy known as the Mausoleum of Galla Placidia.  Though there is little remaining, historically speaking, about her life, what we do know as fact is terribly fascinating and indicative of a woman far, far ahead of her time and place.

I knew going into Twilight Empress there would be a greater emphasis on the fiction part of historical fiction.  This is often a very tricky thing for an author when there is so little to be relied upon from the historical record and if it isn’t dealt with in just the right way, the book becomes an absolute disaster.  From the first chapter I knew I had something special: Justice has taken what little there is, historically, and woven those precious few facts into a compelling story about a woman bound and determined to protect her rightful place in the world and ensure the places of her children.

As with so many women of the period, and particularly royal women, Galla Placidia was seen as a pawn, a piece to be placed in the game of thrones.  As a member of the royal family of the failing Roman Empire, Galla Placidia faced great adversity and was used by her family to their advantage rather than her own.  However, Galla Placidia refused to be anyone’s pawn and with her strength, capabilities, education, and connections, she was often able to turn incredibly difficult situations into something good or, at the very least, tolerable.  Case in point: her first marriage was to her captor and her second to a man she was never able to love.  The first marriage brought Galla Placidia the title of Queen and the respect of many among the barbarian hordes, the second marriage brought her two children, an elevated royal title among her own family, and the assurances of her son’s right to inherit the throne.  To be sure, Galla Placidia knew how to use her intelligence, how to manipulate when necessary, and how to remain loyal and worthy of respect and loyalty in the worst of circumstances.

The Bottom Line:  This was my first Faith L. Justice read and it certainly will not be my last.  Justice took the story of a woman I have long been interested in and created a world in which she has once again come to life.  From her time amongst the Goths to her reign over the western half of the Roman Empire, Galla Placidia led with integrity, loyalty, shrewdness, and cunning.  Though I was familiar with her story prior to reading this book, I found myself completely entranced and loving the heavily fictionalized portion of this solid historical fiction.  I found every aspect of this book to be well-researched, well-written, and woven together (the history with the fiction) is a most pleasing manner.  As if this all weren’t enough, Twilight Empress is just the first of the books in The Theodosian Women series. 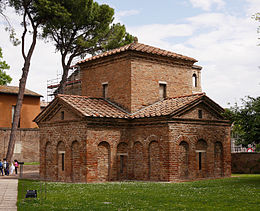 ← Excerpt: The Chocolate Shop by J.J. Spring
Release Day Spotlight: Meant to be Different (Meant to be Series) by Amelia Foster →