Posted on April 3, 2019 by rolopolobookblog 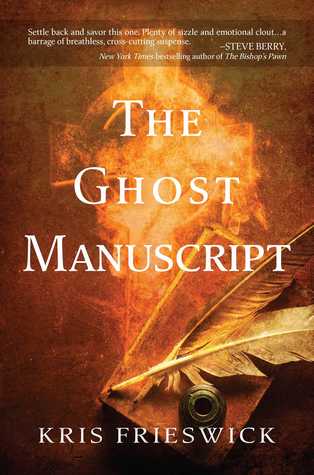 Rare book authenticator Carys Jones wanted nothing more than to be left alone to pursue her obsession with ancient manuscripts. But when her biggest client is committed to an asylum, he gives Carys an offer she cannot refuse. In exchange for his entire library of priceless, Dark Age manuscripts, Carys must track the clues hidden in a previously unknown journal, clues that lead to a tomb that could rewrite the history of Western civilization.

But there are people who would do anything to stop Carys from finding what she seeks—for reasons both noble and evil. The hunt takes Carys to places she never thought she’d go, physically and emotionally; first to Wales, her estranged father’s homeland, then to bed with Dafydd, a mysterious Welshman who agrees to help her with the search, and finally, deep inside her own psyche, when the monk who wrote the journal 1,500 years ago appears and assists her in her search.

The Bottom Line: By the time I finished this book, a book I truly wanted to LOVE, I found myself somewhat angry and feeling as if I just read a book I have already read many times over by other authors.  Make no mistake, I am not suggesting plagiarism or any nefarious issue, just a rehashing of a story line and theme that has already been done.  At its core, this is the story of the hunt for King Arthur via clues, hints, history, and sleuthing.  There is the requisite bad guy pulling all the strings in the background, the sexy intelligent hunter (Carys), the ultra-rich benefactor, the sexy male companion, and the expected pitfalls and dangers that come along with such searches.  As if to reinforce my own feelings about the book, several characters throughout the read openly scoff and note how cliché the search for the legendary King Arthur is at this stage in history.  While I was in no way impressed with the plot line, I didn’t dislike everything about this book.  In fact, I liked Carys and her best friend, Annie quite a lot and would love to see those two feisty women in a very different story and/or setting.  Additionally, there is nothing to complain about in terms of the technical aspects of this read.  The author is clearly a competent and capable writer, she just needs a more original story to allow her skills to shine through and not dull her abilities and craft.