Posted on February 27, 2019 by rolopolobookblog 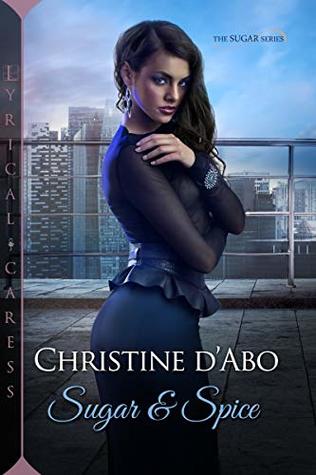 Kayla Arnold made her first million at the age of twenty, thanks to her Internet business, Fashion Finds. Young and rich, she became an easy mark for men looking to take advantage. Now ten years older and divorced, Kayla isn’t looking for love, she’s looking for no-strings-attached sex. Will signing up on a dating site bring her a man who meets her needs?

Devin Ford is smart, highly educated, aimless, and bored. At a party the night after his Ph.D. defense, he takes a bet to sign up on a sugar daddy dating website. With so few sugar mamas, he doesn’t expect anything to come of it. So he’s shocked when beautiful Kayla contacts him. And they’re both surprised when their first meeting leads to a night of mind-blowing sex. But the closer Devin wants to get to Kayla, the more she pushes him away. When he learns of the hell her ex-husband put her through, Devin decides to show her that not every man is out to use her—and that real love is priceless . . .

For so long, too long really, Kayla has been alone and while it hasn’t particularly bothered her in the past, the present is a different matter altogether.  Her business is tremendously successful, her reputation within the industry is rock solid, yet she feels unsettled.  Kayla attributes the feeling to two causes, she rarely has time anymore to create original designs and, she’s simply lonely.  With little time for dating and/or meeting new people, Kayla has only one choice, the dreaded world of online dating.

While Kayla doesn’t have time to find her own online dating site, she does have a best friend with a wild idea.  Her best friend proposes the Sugar Daddy site which won’t necessarily find Kayla the love of her life, but it will provide her with companionship. Though Kayla is reluctant, she does have an event or two coming up that would be far more manageable with a companion.  That companion turns out to be the uber intelligent, if a little lost, but still ridiculously sexy, Devin Ford.

Devin may be super smart, but he has no idea what he wants to do with his life.  What’s more, his shiny new PhD came with a huge price tag and he currently has no means of paying that bill.  Though his friend punked him when she signed him up for the Sugar Daddy site, it seems to be paying off in the form of Kayla Arnold.  According to their contract, Devin will earn a cool $10,000 for spending one week posing as Kayla’s boyfriend.  Given Kayla’s appearance and general demeanor, the job won’t be a sacrifice at all and if they can build on their initial meeting, perhaps there will be more fun to be had beyond the fake boyfriend contract.

As expected, the week of events between Kayla and Devin reveal more about one another on both a personal and professional level.  There is a genuine kindness in both Kayla and Devin that forms a basis for a real friendship and relationship.  As Kayla grows to trust Devin, she reveals more of her past and begins to understand why she holds herself apart from others.  The emotional vulnerability is hard on Kayla, but Devin finds ways to ease her pain and anxiety.  Just as the two are moving toward something quite lovely, Kayla’s despicable ex makes an appearance and mucks up absolutely everything.  With just the beginnings of relationship in place, Kayla and Devin both overreact, and all too quickly give up something that had the potential to be truly great.

The Bottom Line: Exactly what I was hoping for in this series happened in this book!!  D’Abo didn’t limit the series to sugar daddies but went with a sugar momma and I loved it 😊 Both Kayla and Devin are sympathetic characters I liked instantly.  I knew they were going to have to go through all kinds of crap to get to their HEA but every bit of awful is totally worth their ending.  Aside from the romantic relationship, I particularly enjoyed the encounters between Kayla and the people of her past.  Kayla is so broken and so jaded and her week back home both confirms and shatters those emotions and attitudes.  Through most of it and where it really matters, Kayla maintains her kindness and professionalism, but when she needs too, she digs deep and unleashes some well-deserved anger.  I like it, A LOT!  I’m ready for more of this series and so glad it is in d’Abo’s skilled and practiced hands.  A plot line such as this series has could easily become seedy and gross and in the hands of a less skilled author, it may well have done so.  What you actually get with the Sugar series are real relationships wrapped in just the right amount of illicit and naughty.