Posted on January 31, 2019 by rolopolobookblog 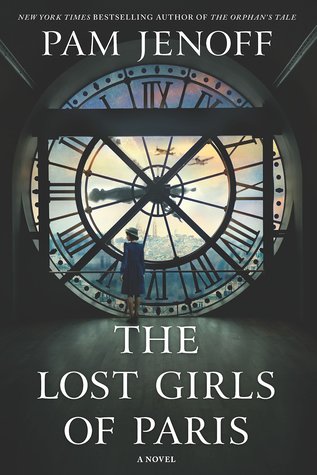 Grace Healey is rebuilding her life after losing her husband during the war. One morning while passing through Grand Central Terminal on her way to work, she finds an abandoned suitcase tucked beneath a bench. Unable to resist her own curiosity, Grace opens the suitcase, where she discovers a dozen photographs—each of a different woman. In a moment of impulse, Grace takes the photographs and quickly leaves the station.

Grace soon learns that the suitcase belonged to a woman named Eleanor Trigg, leader of a ring of female secret agents who were deployed out of London during the war. Twelve of these women were sent to Occupied Europe as couriers and radio operators to aid the resistance, but they never returned home, their fates a mystery. Setting out to learn the truth behind the women in the photographs, Grace finds herself drawn to a young mother turned agent named Marie, whose daring mission overseas reveals a remarkable story of friendship, valor and betrayal.

Vividly rendered and inspired by true events, New York Times bestselling author Pam Jenoff shines a light on the incredible heroics of the brave women of the war, and weaves a mesmerizing tale of courage, sisterhood and the great strength of women to survive in the hardest of circumstances.

I have been so pleased with the quality of books I’ve come across so far this year!  The Lost Girls of Paris is a truly spectacular read that had me hooked right from the very beginning.

The entirety of this story unfolds thanks to a mistake, a moment of impulse that leads Grace Healy on a search to uncover the truth of what happened to a dozen brave and selfless women during WWII.  It is less than a year since the end of the war and with memories still fresh and trails still relatively fresh, Grace has leads she can follow and a strong desire to do so.  What Grace doesn’t know is the can of worms she’s going to bust wide open when she uncovers the truth.

Grace’s search leads her to the world of one Eleanor Trigg, a most unusual woman who has risen rather high in the ranks related to the war against Hitler.  Eleanor is calm, controlled, calculating, and trusted implicitly by her commanding officer, so much so that he authorizes her founding of a training program for female spies.  What’s more, Eleanor is in full control of the program from recruiting to deployment; the women are Eleanor’s responsibility and she takes her responsibilities quite seriously.

Under Eleanor’s strict instruction her women are trained as radio operators meant to infiltrate occupied France and help disrupt any all plans associated with Hitler and the Nazi regime.  Eleanor’s women are meant to blend in with the locals and when they are safely able to radio back information to London so the Allies can act accordingly.  For a time, Eleanor’s women and their work allows London to plan, prepare, and execute some serious damage, but as the saying goes, all good things must come to an end and in the case of Eleanor’s women, the end is startingly awful.

As Grace continues to dig into the fate of Eleanor Trigg and her women, she discovers truths that many would prefer never come to light.  The fate of Eleanor and her women wasn’t just a tragedy, but likely a homegrown plan meant to sacrifice a few in order to save many.  What’s more, because of the time and the place, tracing the fate of each individual woman is going to virtually impossible meaning their families will never know what they sacrificed to bring evil down.

The Bottom Line:  The Lost Girls of Paris is an absolutely engrossing book that I finished in just two sittings.  While I do like the past meets present trope, I would have been fine without it in this read because the past and the story of the lost dozen was just too good.  I found myself reading at lightning speed to get through the chapters related to Grace in order to get back to the chapters related to Eleanor and her women.  After reading the author’s note, I understand there is very little historical information related to the actual women’s spy network so many liberties had to be taken in the production of this book.  I didn’t and still don’t care!  The liberties taken are wrapped around what historical information there is, and that combination makes for a fascinating read.  The Lost Girls of Paris is an absorbing read that very well may make my top ten of the year!  Yeah, it’s that good 😊