Posted on November 27, 2018 by rolopolobookblog 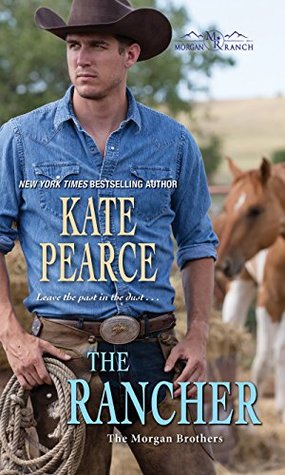 Now that she’s completed her engineering degree, Rachel Ford Morgan is trying to find her footing around her birth father and her four brothers. She gets a chance to prove herself when she discovers worrisome fault lines around an abandoned silver mine. But they’re nothing compared to the cowboy who seems determined to shake up her world . . .
Cauy Lymond doesn’t take kindly to the woman nosing around his property—especially since she’s a Morgan. He came home just to keep his father’s failing ranch out of their super-wealthy hands. But he soon realizes that Rachel’s skill—and admirable courage—may be the only things that can shore up the old mine that threatens both their futures. Still, it will take pouring all of their blood, sweat, and secrets into saving the land—and ultimately, themselves—to bring their true feelings for each other to the surface . . .

Rachel Morgan is a Morgan and with that comes a hefty family with a huge history and a bright future.  Trouble is, Rachel didn’t grow up with the hefty family and the huge history.  Rachel spent her first two decades with a cold and rather distant mother who made it perfectly clear she wasn’t much interested in being a mother.  Coming home to the Morgan Ranch is a bit like being a duck out of water, but with her stepdad remarrying and selling the home she grew up in, Rachel doesn’t have a lot of choices remaining.

Though Rachel enjoys life at Morgan Ranch, she doesn’t always feel like she quite belongs.  With an extended break and time to really get to know her family, Rachel is hoping she’ll finally feel like a real Morgan.  If her brothers, father, and grandmother have any say in the matter, Rachel is going so much a Morgan she’ll never want to leave. Nothing makes a Morgan feel more at home than having chores to do around the ranch so Rachel dives right in with an examination of the old mine.  Just as she’s beginning her examination, Rachel has a run in with the most disagreeable Cauy Lymond.

Cauy Lymond grew up with two certainties, his father didn’t like him, and the Morgan’s were not to be trusted or tolerated.  Upon his father’s death, Cauy was shocked to learn his father left him the family ranch.  After 15+ years away, Cauy returns to the ranch to find two certainties, the ranch is a mess and his father may have been wrong about the Morgans.  Within a day of his arrival, Cauy meets damn-near the entire Morgan clan and all come bearing gifts and/or proposals.  The proposals are going to need some consideration, being pleasant to the Morgans is going to take some thinking on, and lusting after Rachel is going to have to come to a quick halt.

As it happens, Rachel and Cauy have more in common than either realize, but that makes for some uncomfortable situations, some incredible miscommunications, and some steamy hot moments.  Both are trying to find their place in the world, within their own heads, and with one another.  The feeling out process isn’t easy, and the prospect of the future is a terrifying proposition for both.  Each has so much baggage and so many issues to work through and they can’t seem to get past all the noise until fate intervenes and puts them into a position that brings everything into sharp, clear focus.  Some HEAs are harder to get to than others and when there’s a Morgan involved, there’s also going to be a high level of stubbornness.

The Bottom Line:  It’s finally happened, the last of the Morgan siblings has a mate and what a ride is this story!  Rachel may be young, but she has a ton of emotional baggage.  Cauy is a bit older with more life experience, but some of that experience has physically and emotionally scarred him.  What I loved most about this book is Cauy and his bumbles and stumbles.  He may be older and have more experience, but his personal demons are big and bad and that made his story so much more interesting and satisfying for me.  Finally, there is a great deal of history and backstory dealt with in this book and loads of appearances by all the Morgan family and their significant others.  I always worry about the freshness of a series when it continues on, but Pearce has done a wonderful job of blending the old with the new and keeping the Morgan Ranch series fresh and exciting.