Posted on November 12, 2018 by rolopolobookblog 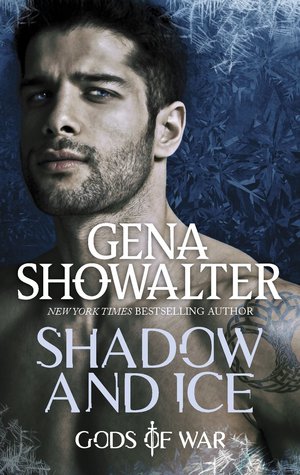 Knox of Iviland has spent his life competing in the All Wars, where vicious warriors with supernatural powers fight to the death to claim new realms. One winner takes everything—and all losers die. Enslaved as a child for his ability to control shadows, the most ruthless champion in history will stop at nothing to kill his king. But first he must win the battle for Earth. When a fearsome weapon imprisons every combatant in ice, centuries pass without progress…until she walks in.

Vale London craves a fun arctic getaway with her foster sister before settling down to open a bakery. Street-tough but vulnerable, she is unprepared to find ancient gods escaping a frozen cave—merciless beings who target her when she inadvertently enters their war.

Though Vale is now his enemy, Knox is consumed with lust and a fierce need to protect her. But only one combatant can prove victorious, and he will have to choose: live for freedom or die for love.

The Bottom Line: In truth, my interest in this read faded in and out the further into the book I read.  For me, it started out like a house of fire and I was all kinds of invested, but as I hit the middle part of the book, my interest started waning.  I think my interest waned because of Vale and Knox’s attitudes.  I need my characters to evolve and neither did much of that through the middle part of the book.  In fact, they mostly remained stagnant and that caused me to skim a great deal of the middle part of the book.  As the end of the book approached and Vale and Knox finally began evolving, my interest was once again engaged, and I rolled on through to the very end.  While this may sound like I mostly disliked this book, that would be incorrect.  While Knox and Vale didn’t particularly appeal to me, the information about the other characters did.  There is such a wide variety of strange, lethal, interesting, and completely foreign characters in this book, all with skills, talents, and weapons that are quite literally, beyond this world.  At the end of the day, I think Shadow and Ice may have suffered from the dreaded first book syndrome in which the groundwork and world building didn’t quite do enough to really draw me in.  What saved the book for me is the HUGE cast on interesting characters who populate this world and are going to entertain me for many, many installments to come.

← Spotlight: Plain Roots by Becki Willis
Excerpt and Sweepstakes: My Life as a Mixtape (Book #4:My Life as an Album Series) by LJ Evans →