Posted on November 1, 2018 by rolopolobookblog 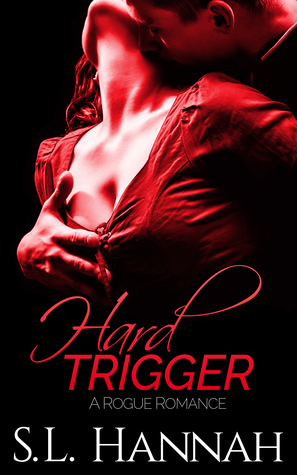 “Your mother’s opiates are coming from Jose Herrera’s distribution network.” My pulse races as my stepfather speaks these words. Because taking on the Herreras also means taking on Diego.

Reckless, and hardened by a volatile past, Victoria does not see a future with Diego Herrera as a realistic option. As their childhood friendship ignites, they find themselves on opposite sides of a bloody feud between the two most powerful families in Mexico City. And she’s a Moreno now—brought up to be the secret weapon nobody suspected.

But Victoria can’t deny the attraction. Diego’s commanding muscles, the coarse, dark hair of his solid chest, that rugged scar above his sensuous lips…

Loyalty is in the eye of the beholder.

He smacks the seat with a fist. “Stay away from José. This is not your problem. It’s ours. The Herreras.”

I place the cool water bottle against my neck. “I’m just here to make deals for some sugar transport. For the Morenos.”

Diego lunges towards me, grasping at the straps of my dress. I gasp at his sudden nearness.

“I’m fucking serious, Victoria. José isn’t some malandro with no family, friends, history, or name. He isn’t Teresa.” He lets go. “You should never have gotten involved with…this.”

He grunts and slides me into the corner. His face is as close to mine as it’s ever been without us breaking into a passionate kiss.

“José is the second in command.” He grips my shoulder. “In my family.”

Pressed between the hard leather and Diego’s hard torso, I can’t decide whether this is an invitation to fight him or fuck him.

“That’s not what I heard,” I tell him. “I heard he lost that position, which is why he’s turned against your family.”

Diego tugs again at my dress straps, his knuckles digging into my chest, until one of them breaks.

“They will kill you, eventually,” he urges. “You know this.”

I attempt to create some space, but my struggles just intertwine us more.

His hand wanders into my hair and breaks loose the band holding the knot. I breathe in the familiar musky scent of his neck as his face burrows in the dark-brown waves.

“Do you understand me?” he pleads. “They will do it without checking in with me. They will do it despite what I say or do to defend you. And once they decide, they will do it so swiftly, you won’t have a chance to reach for your weapon of choice—like tonight. You won’t be able to outmaneuver or outthink. You will just be dead.”

The seam of the seat digs into me, my emotions hanging off the edge of a cliff. My hand fumbles for balance until it lands on the thick, hard outline of his cock. A jolt of heat shoots through me.

Diego reaches around my ass and slides me further underneath him.

I lock my thighs around him, the dress tearing further as the SUV continues to rumble. He pulls down the top of my dress, exposing a round breast. My nipple is already pert in anticipation of his hot breath and flicking tongue.

When he performs just that, my hips circle beneath him. My moan is no longer silent. His stiff cock grinds into the last few layers of fabric between us as he sucks fervently at my nipple and I twist a lock of his hair between my fingers. The muscles of his back ripple as he pulls me tighter into him, trying to mold us into one. My pussy pulses to the rhythm of his insistence.

He looks up with his big, dark eyes, trying to figure out how to quell a storm he can’t control. His thumb draws across my lips.

S.L. Hannah was born in Poland, grew up in Canada, and moved to Southern California to pursue her love of single-engine airplanes. Her latest rogue romance, Hard Trigger, is out now. Visit her online at http://www.slhannah.com to learn about her other books, to get updates about her new release, and to connect through social media. S.L. Hannah lives in Los Angeles, CA with her husband and garden of succulents. When she’s not writing fiction, she continues to solve the aviation problems of the world.

← Excerpt and Sweepstakes: The Winter Riddle by Sam Hooker
Excerpt: A Christmas Star by Judith Keim →