Posted on August 24, 2018 by rolopolobookblog 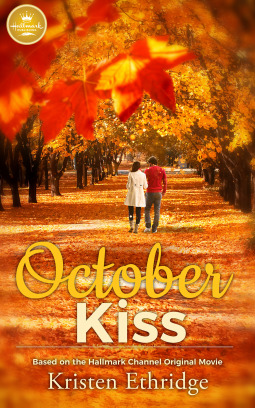 He’s a brilliant businessman, but there’s one thing she can teach him: how to enjoy the moment.  Poppy’s tried a lot of things. Yoga instruction. Pizza making. So far, none of them have seemed like her thing. Still, she doesn’t have to know where her life is headed to live it with enthusiasm.  Ever since his wife’s death, Ryan’s thrown himself into his work. Launching a successful new app will secure his children’s future…even if it means he can’t spend much time with them now.  As a short-term nanny for Ryan’s children, Poppy brings some much-needed fun and laughter. She’s never been one to commit, so why is she feeling so attached to these children…and even more, to their dad? Could it be she’s found her place at last?

Here I am with, yet another book based on a Hallmark movie!  While I was completely smitten with the first two book I read, I wasn’t quite as in love with this one, but still enjoyed the read. Here’s the skinny:

Poppy is what one might call a free-spirit!  She’s not particularly good at any one thing, she hasn’t ever found a calling, and she’s not getting any younger.  Even Poppy realizes it’s time for her to find a “real” job, a career she can not only enjoy for the long-term, but commit to for the long-term.  Yeah, Poppy may also have some commitment issues which have thus far hindered the achievement of her life goals.

On the other hand, there’s Ryan, an admitted workaholic who is only trying to secure his children’s future in the wake of their mother’s death.  Though his business is a success, his current project would overwhelmingly secure the future for himself and his children.  Trouble is, that security comes at a cost and the cost is all the time he must give to work and take from his kids.  Oh, Ryan’s kids, Zach and Zoe know their dad loves them, but they would be so much happier if he were able to spend more time with them.  Instead, the kids have been saddled with one nanny after another, and Poppy is just the latest in a long line of quitters who can’t handle two spirited youngsters.

To say Poppy’s first day with Zach and Zoe went badly would be something of any understatement.  Though her initial inclination is to quit, Poppy soon realizes Zach and Zoe need her as much as she needs them.  With a new-found determination and little begging from Ryan, Poppy sets out to make her temporary assignment the best it can possibly be . . . for the kids, of course.  Once Poppy dives in and commits to her plan, she sees wonderful changes in the kids.  What’s more, with just a bit of conversation and some light cajoling, Poppy also helps Ryan to see exactly what it is he has been missing.  In just a hot minute, Poppy, Ryan, and the kids begin to see what life could be like if they were a proper family.

The Bottom Line:  While I have generally fallen stupidly in love with this series of books, I found this one just a bit harder to love.  I think my biggest issue with this read is the super high-speed nature of Poppy and Ryan’s relationship.  Because of the plot and how it plays out, this isn’t an insta-love situation, but a relationship that develops.  For me, it just went a bit too fast which made it far too unrealistic for me.  With that being said, there were parts of this book I truly liked including, Zach and Zoe, Ryan’s reactions and responses to his kids, and the epilogue.  I am true believer in not giving up when there’s a bookish speed bump, so I am very much looking forward to my next Hallmark read.