Posted on August 4, 2018 by rolopolobookblog

Synopsis: In downtown Milwaukee, Wisconsin, Lou works tirelessly to build her beloved yet struggling French restaurant, Luella’s, into a success. She cheerfully balances her demanding business and even more demanding fiancé…until the morning she discovers him in the buff—with an intern.  Witty yet gruff British transplant Al is keeping himself employed and entertained by writing scathing reviews of local restaurants in the Milwaukee newspaper under a pseudonym. When an anonymous tip sends him to Luella’s, little does he know he’s arrived on the worst day of the chef’s life. The review practically writes itself: underdone fish, scorched sauce, distracted service—he unleashes his worst.  The day that Al’s mean-spirited review of Luella’s runs, the two cross paths in a pub: Lou drowning her sorrows, and Al celebrating his latest publication. As they chat, Al playfully challenges Lou to show him the best of Milwaukee and she’s game—but only if they never discuss work, which Al readily agrees to. As they explore the city’s local delicacies and their mutual attraction, Lou’s restaurant faces closure, while Al’s column gains popularity. It’s only a matter of time before the two fall in love…but when the truth comes out, can Lou overlook the past to chase her future?

The Bottom Line:  I simply fell into this story from the very beginning and didn’t take my headphones off until the very end.  Lou, her friends and co-workers, and her loyal customers are simply delightful and really enrich the overall read.  While the plot itself is all kinds of crazy – a restaurant is shut down by a single review! – it works quite nicely.  The closing of the restaurant precipitates all the change in Lou’s life, both good and bad, and creates an avenue for considerable character growth.  In all, I found this book to be quite an excellent read with the full range of feels, good characters, a fine plot, and a very good narrator. 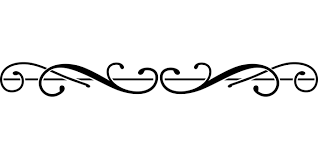 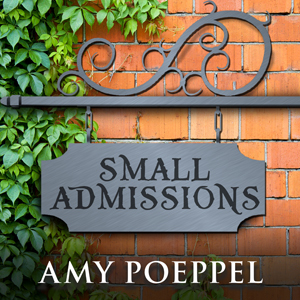 Synopsis: Despite her innate ambition and Summa Cum Laude smarts, Kate Pearson has turned into a major slacker. After being dumped by her handsome, French “almost fiance,” she abandons her grad school plans and spends her days lolling on the couch, leaving her apartment only when a dog-walking gig demands it. Her friends don’t know what to do other than pass tissues and hope for a comeback, while her practical sister, Angela, pushes every remedy she can think of, from trapeze class to therapy to job interviews. For reasons no one (least of all Kate) understands, she manages to land a job in the admissions department at the prestigious Hudson Day School. In her new position, Kate learns there’s no time for self-pity during the height of the admissions season. Meanwhile, Kate’s sister and friends find themselves keeping secrets, hiding boyfriends, dropping bombshells, and fighting each other on how to keep Kate on her feet. On top of it all, her cranky, oddly charming, and irritatingly handsome neighbor is more than he seems.

The Bottom Line: Holy Hannah!!  Some people are just bat-sh*t crazy and that is especially true when it comes to getting their kids into the best schools!  Kate Pearson has NO idea what she’s getting into when she accepts a job in the Admissions office of the prestigious Hudson Day School.  To be fair, her new job is a far, far cry better than what she’s been doing over the past year, and her family and friends are thrilled to see her finally moving on with her life.  Over the course of the admissions season, Kate not only gets back on her feet, but learns some valuable lessons about life, finds her confidence again, and discovers the value of true friendship.  This book takes one on a roller coaster of ride of emotions from the seriously sad, to the utterly unbelievable, to the absolute in ridiculous, to sheer hilarity.  I often found myself laughing aloud and, by the end of the read, wishing for a sequel!

Synopsis, Book #1: Graciela “Ace” Jones is mad—mad at her best friend Lilly who cancels their annual trip to Panama City for mysterious reasons; at her boss Catherine for “riding her ass like a fat lady on a Rascal scooter;” at her friend Chloe’s abusive husband; and especially at Mason McKenzie, the love of her life, who has shown up with a marriage proposal three years too late. Ace is never mad, though, at her near-constant companion, an adorable chiweenie dog named Buster Loo.  Ace’s anger begins to dissipate as she takes matters into her own hands to take down Chloe’s philandering husband—and to get to the bottom of a multitude of other scandals plaguing Bugtussle, Mississippi. Then, she starts to realize that maybe Mason deserves a second chance after all.  With a sharp and distinctive voice, Stephanie McAfee delivers a hilarious and fast-paced tale about Ace Jones and her two best friends—thick as thieves and tough as nails—navigating Southern small-town politics and prejudices, finding love, and standing up for each other all the way.

Synopsis, Book #2: Ace has left the tiny Mississippi town of Bugtussle for the palm fronds and mojitos of Pelican Cove, Florida. She’s finally opening her long-dreamed-of art gallery, is kick-starting a life with her fiancé, Mason, and has vowed to leave her straight-talking, sassy ways behind her. From now on, she’s going to be as sweet as sugar. Unfortunately, something comes along to sour her plans.   That something is Mrs. Lenore Kennashaw and her coterie of crones. They’re a bunch of snippy, snarky, and just plain mean ’ol ladies who aren’t quite as smart or rich as they’d like to think they are. But that doesn’t stop them from treating everyone else like second-class citizens. And when Ace inadvertently takes some of the steam from Mrs. Kennashaw’s stride, she becomes their #1 enemy. But with the support of a new group of fabulous friends, as well as her friends from Bugtussle—and her always-faithful chiweenie Buster Loo—Ace will find a way to make it, even if she has to throw some weight around…

Synopsis, Book #3: When her dream life in Florida with her now-ex-fiancé goes south, so does Ace — she moves back home to Bugtussle, Mississippi, and into her late Gramma Jones’ little house. But even though her best friends, Lilly and Chloe, are thrilled that she’s returned home, not everything is smooth sailing. Ace wants her job back as art teacher at the high school, but the beautiful Cameron Becker has no plans to relinquish that position. Although Ace wants to run Miss Becker out of town, she accepts a job as a substitute teacher. On top of her job woes, Ace’s friends keep setting her up on blind dates when all she really wants is for people to stop meddling in her love life.  In her quest to find inner peace, Ace takes up gardening and discovers old love letters in her grandmother’s well-worn gardening book. With her faithful chiweenie, Buster Loo, by her side, Ace is determined to get to the bottom of her Gramma’s secret life, all while hoping her own doesn’t implode.

The Bottom Line:  To date, there are three books (and two novellas!) in Stephanie McAfee’s Mad Fat Girl Series: Diary of a Mad Fat Girl, Happily Ever Madder, and Down and Out in Bugtussle.  To be completely honest, I only requested the first book in this series because of the title 😊  I find it hard to resist such fun titles, and what I got behind the title was just as fun!  The series revolves around the life, love life, antics, and shenanigans of one Ace Jones.  Ace Jones is a spitfire if ever there was one and her mouth and actions often get her into a world of trouble.  Ace Jones is fiercely loyal to her friends, hopelessly in love with a man she can’t seem to make a relationship work with, and often up to no good as a result of the very best of intentions.  While there are many, many, many tremendously funny moments over the course of the three books, there are also some serious topics such as abuse and bullying addressed.  What I found particularly fun about these books are solid characters, both good and bad, who populate the little town of Bugtussle.  From Ace and her best friends, to the local barkeep, to the little old ladies who seem to know everything about everyone, there is a character for everyone in this series.  Overall, I found the first and third books to be the best (to date) with the middle book being a bit slower, but necessary.  By the end of the third book, Ace and her friends have been through the wringer and back again and not even one of them are showing any signs of slowing down!

The Bottom Line: Plain and simple, I abandoned this book after less than half an hour of listening.  I wanted to keep going and find out the fate of the Piggly Wiggly, but I just couldn’t get past the narration/narrator.  I am, admittedly very new to the whole audiobook scene, but I’ve listened to enough to know when it just isn’t working.  Now, here’s the real rub: since I really do want to know what happens to the Piggly Wiggly, I decided to check out the print version since my main objection was the narrator.  Unfortunately, after reading a startling number of reviews on Goodreads, my desire to physically read the book has also gone away.  While I try not to let other’s opinions of a book sway me, there are just too many negative, yet thoughtfully written reviews for me to add this one to my TBR. ☹

The People We Hate at the Wedding by Grant Ginder, Source: Overdrive Audio/Public Library, My Rating: DNF

The Bottom Line: YIKES!  I will freely admit, I didn’t make it very far into this book before having to call it quits!  While the narrator was fine, it was the cast of characters who put me off.  In the small amount of this book I listened to, I ran across two characters, Paul and Alice who were beyond despicable.  Neither had a nice word to say about anything or anyone, and I found I just couldn’t muster up the interest to see if they ever improved.  I generally like a book where despicable characters are changed and/or redeemed, but I just couldn’t keep going with this book to see if that sort of change ever happened!

← Excerpt: Out of Shadow (Book #1: Roots of Creation Series) by Jason Hamilton
Excerpt and Sweepstakes: The Highlander’s Stolen Bride (The Stolen Bride Series) by Eliza Knight →