Posted on February 14, 2018 by rolopolobookblog 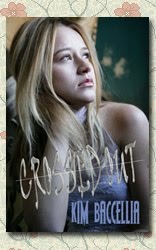 Following the light can’t be that hard, right? So why don’t the dead just do it and leave Stephanie Stewart alone? However nothing is ever as simple as it should be, as Stephanie learns when her hidden ‘gift’ becomes more than a nuisance, quickly turning into a liability. If she can’t learn to trust someone with her secret, the world as she knows it will go to hell. Literally. But if she doesn’t choose wisely, she might just end up learning firsthand how hard it is to follow that light. Because she’s next on the list to be crossed out. 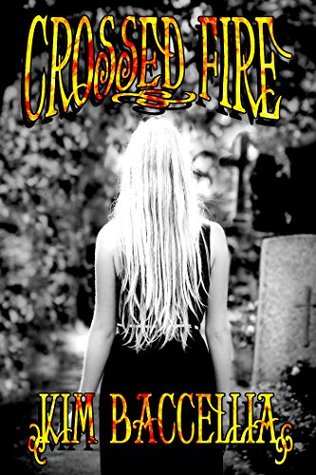 Stephanie Stewart is a typical sixteen-year-old girl—she loves hanging out with her friends, going to concerts, and sipping mocha lattes. Yup. Just your average teenager . . . Except for one difference—she can see and talk to the dead. In fact, Stephanie helps dead girls who who’ve been murdered or killed, cross over. Just as Stephanie is getting used to her unique “gift”, her mom stumbles into some dangerous witchcraft that backfires and triggers similar abilities in Stephanie’s best friend Cura, and nemesis Hillary.

Stephanie already has enough trouble trying to maintain a “normal” life between school and her cute boyfriend Dylan, who happens to have a supernatural talent all his own. But now she has to help her friend Cura and her “frenemy” Hillary cope with their new-found powers as well as cross over two murdered cheerleaders and battle an evil demon who wants to use Stephanie’s supernatural strengths as a free pass to The Other Side. And she needs to do it all while still getting her term papers in on time. She’s definitely going to need an extra-large mocha latte for this.

Kim Baccellia has always been a sucker for the paranormal. She blames it on her families’ love for such things as having picnics at cemeteries, visiting psychics, and reading her mother’s copies of the daily horoscope. In middle school, Kim wrote a horoscope column for the school newspaper. It was a huge hit!

A member of RWA, Kim is currently putting the finishing touches on a YA multicultural thriller. She lives in Southern California with her husband and son.

One Comment on “Spotlight and Sweepstakes: Crossed Series by Kim Baccellia”